Organizations operating in the United States need to have accurate tax ID information in order to report income that is paid to their suppliers. This process of data collection applies to companies based in both the US and abroad, if they have operations in the US. It is essential to store accurate W-series tax ID information about the suppliers in order to meet the US’s requirements under federal tax law, and to avoid penalty charges due to lack of compliance.

As a result, businesses must ensure they have a rigorous process in place which allows them to collect relevant information and data from all their suppliers. Additionally, tax ID information, such as US Taxpayer Identification Numbers (TIN) and EU Value Added Tax (VAT) numbers also have to be validated.

This article will explore W-8 forms and W-9 forms, EU VAT and US TIN, their purpose, differences and how to know when to use which one.

The W-8 form specifically is used by foreign entities, both citizens and organizations, for the purpose of gaining exemption from filling for particular tax withholdings. This form acts a proof of status that the company is conducting business within the US, however, it is primarily based in a foreign country.

Simply put, US organizations require these forms in order to calculate how much tax they should hold from foreign suppliers, an activity which is complicated due to different tax treaties US has with different countries around the world – such as a double taxation treaty between the US and UK.

To make it more complex, the W-8 series contains five different forms which can be used to manage tax requirements for entities claiming foreign tax ID status. They differ in their purpose, depending on who is filling the form, and for what reason. This is what makes them complicated, as suppliers rarely know which one they are required to fill out.

As the US tax code system is so intricate, it can create various challenges for businesses which need to gather data about tax ID for suppliers operating within the US. In the unfortunate case of completing the wrong form, or filling out the right form but with incorrect information, the impact on the organization can be immense due to hefty fines. W-8 forms also expire every 3 years which creates additional operational inefficiencies as both sides should be keeping up to date with the forms and the data. Additionally, any entity making a payment of US source income must comply with and consider whether they are subject to following the rules by the Foreign Account Tax Compliance Act (FACTA). Due to its wide-ranging nature, FATCA covers nearly every non-US supplier receiving most types of US-source income.

Contrary to the intricacies of W-8 forms, W-9 forms are straightforward; they are used to provide a company’s federal Taxpayer Identification Number (TIN) to an entity that makes taxable payments to said company. The difference between W-8 and W-9 forms lies in the fact that the W-9 tax form is only required to be used by companies or associations that are created, organized and primarily in the US, operating under United States’ laws.

Details provided on W-9 forms are important as they allow the paying organization to understand the type of entity they are paying, based on information such as an address and TIN. W-9 forms are used primarily by Internal Revenue Service (IRS) to ensure the income reported by the recipients corresponds to the payments reported by the paying organization. As a result, effective communication of accurate data between organizations and suppliers is of great significance.

Additionally, W-9 forms are not mandatory to be signed (except under certain specific circumstances) and they never expire.

In order to legally conduct business with a supplier an organization is required to confirm their accounting framework and validate their legal standing in the country of origin. When working with suppliers from foreign locations this means it is important to validate their foreign tax ID against the tax authority under which they operate.

Internal Revenue Service’s TIN and European Union’s VAT are tax ID numbers used for this exact purpose, that is, in the administration of tax laws and as such are a critical part of W-8 and W-9 forms.

Validating tax identification information is recommended for all new and existing suppliers. HICX offers digitalized solutions to help drive logic for suppliers to know which form they should fill out and to help collect relevant information and manage these activities with suppliers at scale, through initiatives that can be initiated for collecting and storing all required information.

Making IRS compliance easy with SIM, tax reporting requirements can change regularly and, as such, the quality of an organization’s supplier data will determine how rapidly – and at what cost – any new requirements can be incorporated into the database in order to remain compliant. This article reviews the latest changes unveiled by the […]

What is Supplier Onboarding?

You have completed extensive research into the significance of allocating resources for putting supplier management processes in place and you have the software ready… What now? You must get your suppliers on board! Supplier onboarding is the process of collecting the information and data required to set up an organization as an approved supplier, or […] 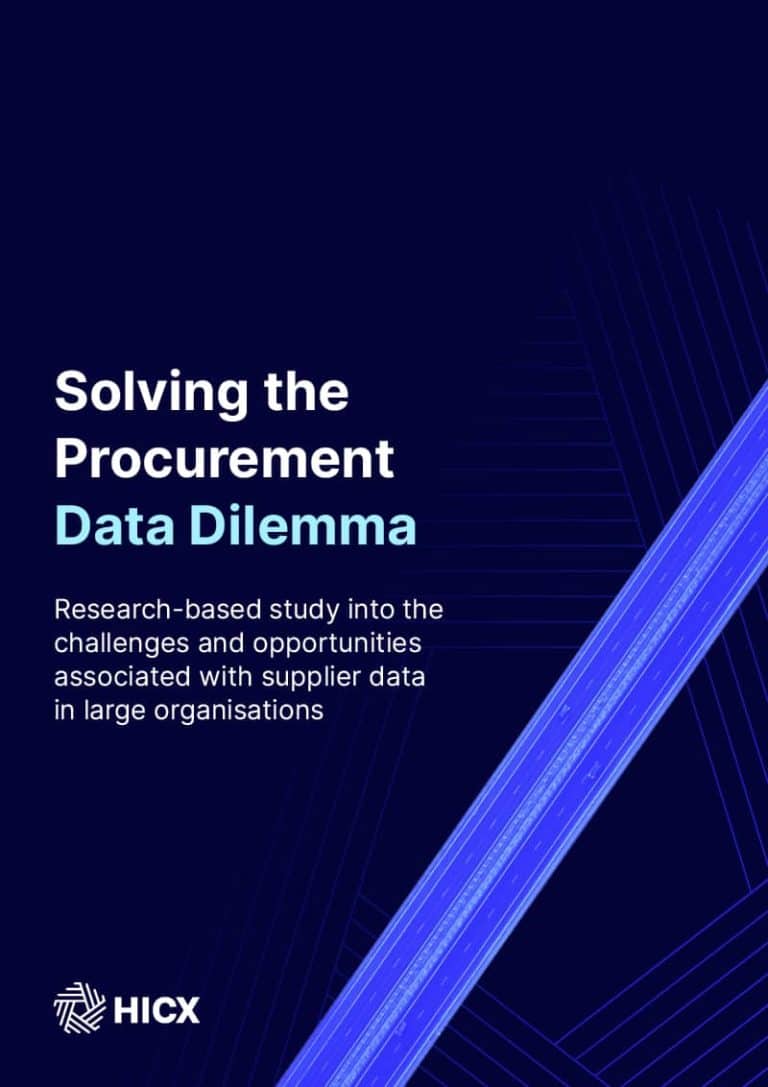