How can Reputational Risk Originate in Your Supply Chain?

It might be tempting to think that the worlds of procurement and reputational risk management are gleefully separate.

What would a back-office function like procurement have to do with an organisation’s brand or public-facing exterior? Well, in the past, the answer may have been ‘very little’. But those days have gone.

The truth is, even though procurement would be the last thing on the minds of many members of the public, it’s actually one of the areas that – if the worst came to the worst and there was a major supply chain failure – could have a huge impact on a company’s reputation.

You only have to look at the following statistics to see how much importance business leaders place on reputation risk:

Just what is reputational risk?

As with many such things, Investopedia sums up exactly what reputation risk is in the most succinct yet complete way:

“Reputational risk is a threat or danger to the good name or standing of a business or entity. Reputational risk can occur through a number of ways: directly as the result of the actions of the company itself; indirectly due to the actions of an employee or employees; or tangentially through other peripheral parties, such as joint venture partners or suppliers. In addition to having good governance practices and transparency, companies need to be socially responsible and environmentally conscious to avoid or minimize reputational risk.”

The most eye-catching words in the above paragraph from a procurement point of view are likely to be ‘suppliers’ and ‘governance‘.

Think of an aerospace and defence company, or a car manufacturer, or even a large government department. Each one is likely to be sourcing parts or services from a large pool of suppliers spread across different locations.

What this means is that – thanks to the nature of the supply chain – there’s a good chance it could be exposed to risk in one form or another, be it in the form of a supplier who’s resorting to using modern slavery, working in a way that’s damaging to the environment, mishandling sensitive data, or even using components that are susceptible to government interference.

Why is reputational risk important?

While risk has always existed in one form or another, never before has it had the chance to do so much damage – and so quickly. In previous years, if a company made a mistake or was subject to a series of unfortunate events, it would have had time to prepare for when the news broke and release a statement in order to try and mitigate the damage.

These days that’s almost impossible. The immediacy of news and publishing (yes, thanks largely to social media) means it’s difficult to try and stem the tide of public opinion and prevent news from travelling instantly, increasing the potential for reputational damage to occur very quickly. The reason why many businesses – especially large businesses – need to be wary of damage is because of the way they are valued.

Organisations that have market valuations which are derived from ‘assets’ that are difficult-to-quantify, such as brand equity or intellectual property, for example, are vulnerable to potentially damaging situations that could weaken the brand that they’ve spent time building.

It’s been suggested that “intangible factors account for 81 percent of a public company’s market value“. As such, becoming engulfed in a scandal of some kind could hit the company where it hurts the most – in the pocket.

This is why it’s crucial to have a reputational risk framework in place to manage any potential risks posed by your suppliers. As organisations continue to look for ways to expand their operations, it’s likely that they will also increase their reliance on key suppliers.

This brings with it an inevitable increase in management requirements and the need for relevant supplier data that can be used to reduce exposure to reputational risks. Many businesses are still in a position whereby they can only react to risks and threats that have already come to light. This is not reputational risk management – rather it is crisis management. 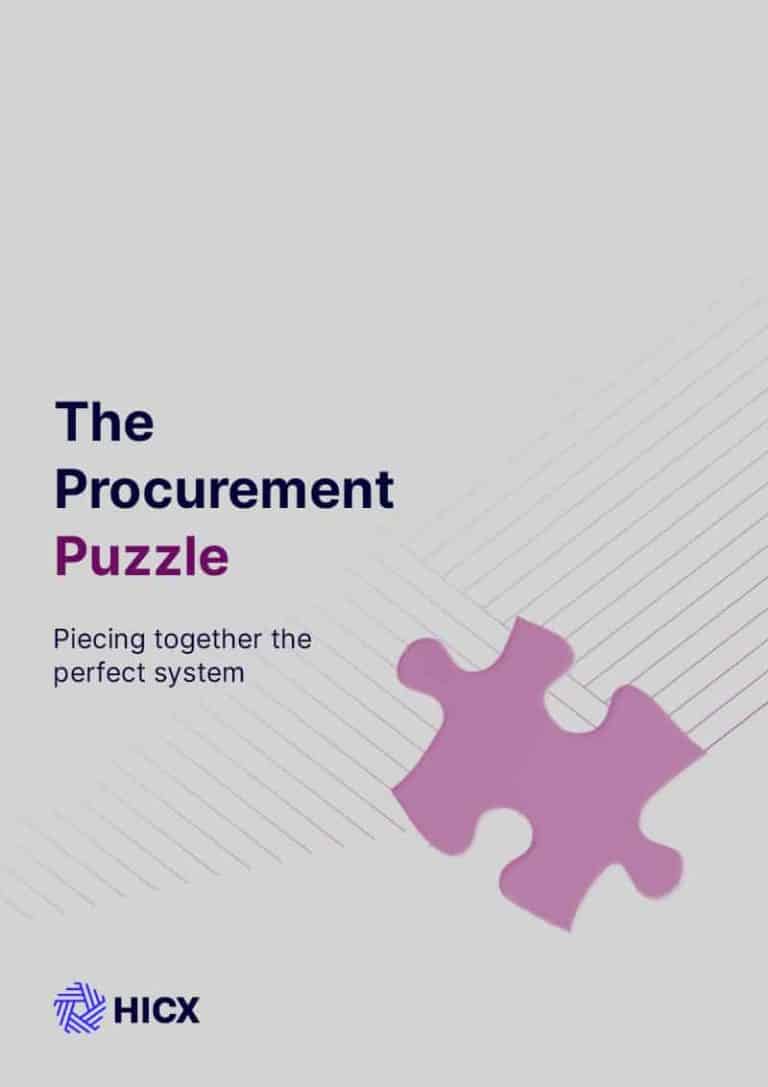 There are many who have argued that Procurement needs a seat at the C-suite table to ensure that data projects and digital transformation initiatives receive the attention that they require for success. However, others argue that Procurement would do better to leverage existing relationships, including that with the CFO and others.   So, we were delighted to welcome Giles Breault, MBA, MCIPS, C.P.M. to […]

“Nobody knows the future. You can only create the future.” – Jack Ma Many have predicted 2016 to be debut year for Blockchain technology in Supply Chain Management and its implications are far beyond just payments. Simply put, a blockchain is a public ledger of all Bitcoin transactions that have ever been executed. It is constantly growing as […]