Is There A Future For ERP And Procurement Suites? 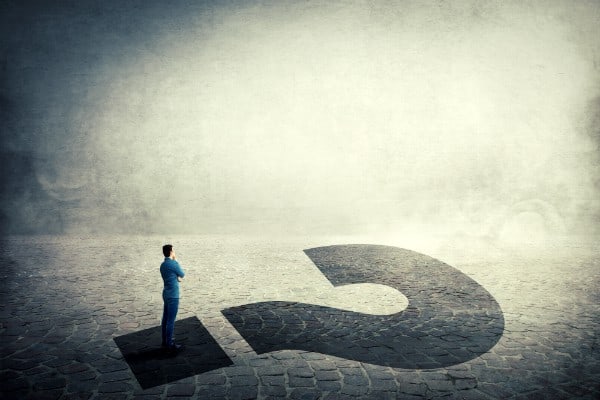 “Across the board, these systems curtail progress and hinder excellence instead of enabling it.”

This remark, made in reference to outdated procurement technology and ERP software, is taken from AT Kearney’s report The Future of Procurement Technology.

As blunt as it may be, it’s also hard to say it’s inaccurate. The procurement technology that the report is taking aim at is primarily that of suites, offering the view that while they “look great on paper” in practice, they are rather less able to deal with “the realities and complexities of day-to-day procurement”.

When we talk about suites, this also includes ERP vendors that have extended their offerings. While this technology is undoubtedly still an essential part of the overall business mix, they have gone beyond their remit and overstated their ability to do everything well.

Similarly, procurement technologies that could once be described as ‘Best of Breed‘ and experts within particular fields have also extended beyond their original core purposes and have evolved into procurement suites that attempt to cover everything from Source-to-Pay (S2P) and ‘supplier management’ to Procure-to-Pay (P2P), invoicing and expense management.

As a result, they now make many of the same claims that the prominent ERP platforms do and have become just as inflexible across multiple customers, partly as a result of acquiring other companies and moving away from being single source code systems.

In this article we will examine the view that the days of unwieldy procurement technology such as suites are numbered.

Why the idea of all-encompassing suites has had its day

Before the days of cloud-based technology and all the advantages that SaaS brings, the idea of using an all-encompassing system made a lot more sense.

The vision was that, with such a system in place, businesses would be able to centralise their processes and benefit from having access to a single source and single view of all information.

Looking at ERP specifically, in the 1960s this was born out of the need for large manufacturers to manage production and customer demand, and was first known as materials requirements planning (MRP).

While the premise itself makes sense on paper – a seamless end-to-end environment that can be used by the entire organisation to manage all transactions and projects – this idea could never truly work in practice in the business world, which is something we will go into in more detail later on.

The problem with legacy systems

Instead of taking a different approach to processes such as supplier management, contract management and Procure-to-Pay (P2P) and becoming less bound by the promises offered by ERP and suites, many organisations instead chose to remain tied into outdated legacy systems which, to be blunt, simply were not fit for purpose.

This could either be as a result of inertia and general reluctance to change, or (more likely) something akin to the sunk cost fallacy and loss aversion – or the two combined. An issue that can be extremely frustrating for those interested in transformation within their organisations.

Either way, as this trend continued and the systems became evermore entrenched within organisations, it became harder for them to get a true grasp of their data and spending.

As the AT Kearney report states, “after nearly 20 years of technology deployment, most organizations still struggle to get a comprehensive view of their spend (and some struggle with simply generating a basic view of supplier and category expenditure). The systems are rigid, complicated, and only solve a fraction of procurement’s requirements.”

Clearly, this could not be further removed from the early promise of such technology.

The simple answer would be yes, if only because of the sheer size of the players in the market.

However, while the large ERP vendors (those providing outdated legacy systems) are unlikely to disappear in the next few years, over the longer term they will need to take a different approach if they are to survive in the face of changing requirements and new methodologies.

Rather than trying to (unsuccessfully) position the software as the only system for any organisation, from which everything else draws information, going forward it would make more sense for ERP vendors to focus on their core area of finance, acting as a transactional system that operates alongside other specialised systems.

To quote Quay Consulting, “with the increasing use of the cloud for an organisation’s data needs, the case for an ERP is no longer compelling. Whilst the large scale ERP solution is not dead, it is certainly on the decline”.

This means prioritising the creation of better end-user experiences and embracing the benefits of flexibility over rigidity.

It may have been more excusable for ERP providers to care less about flexibility 20 years or so ago, before the explosion of cloud-based systems or SaaS, but organisations’ expectations have changed a lot since then.

The diagram below is a perfect illustration of what ERP technology promised, what it actually delivered, and what it needs to be going forward.

The wheels of change were set in motion in the early-to-mid 2000s, thanks to the explosion of lean start-ups that suddenly catered (or claimed to cater to) every imaginable need. However, that has only served as a pre-cursor to the real change that’s about to happen, or in some cases already happening, and being driven by one thing in particular – automation.

The automation of procurement processes, spurred on by the increasing capabilities of AI, is promising to bring about the greatest change the industry has seen for many years.

AT Kearney also reference this in their Future of Procurement Technology report, saying that most organisations are “automating some portion of their operations and looking to adopt intelligent technologies. One company we work with plans to go to 100 percent automation within five years.”

While it’s worth remembering that nothing can be guaranteed – the operative word above being “plans” to go to 100% automation – there can be no denying the impact that automation is going to have on procurement, as it will have on all industries.

Procure-to-Pay (P2P) processes, buying, sourcing and chatbots are just some examples of areas that will be heavily influenced by automation and AI going forward.

The rapid pace of change that is predicted to take place clearly favours those platforms that are smaller and more adaptable, as they will be better placed to meet the demands of companies that require flexible software solutions.

This puts the large suites at a clear disadvantage, hindered by their old architecture and inadequate functionality.

What’s clear, is that given the complexity involved in modern procurement and the increased reliance on accurate data, there is no single ERP system or procurement suite that can meet all of the needs of an organisation – even if they claim to be able to.

Instead, organisations should be investing in establishing a more flexible overall framework that is made up of best of breed cloud-based solutions.

This flexibility, based upon easy integration and the use of application programming interfaces (APIs), will allow organisations to benefit from an architecture that makes the capture, storage and transfer of good data easier than ever. On that point, it’s worth remembering that good quality master data is an absolutely essential part of the mix if this new framework is indeed going to successful.

For this episode of Supplier Experience Live from HICX we are joined by Kelly Barner, Owner and Managing Director of Buyers Meeting Point, to discuss her experience of working in the supply chain podcast and procurement podcast space over the years, the changes and advancements in the industry in the last few decades and what we can expect to see in the future.   How it all […]

Overcoming the Web of Modern Slavery in Supply Chains

Whilst we all know bad data to be an issue; the extent to which it is an issue and is set to become more of an issue with AI hasn’t really been covered in the stark terms it should be. The big money still lies with the transactional software systems and to be frank, their […]