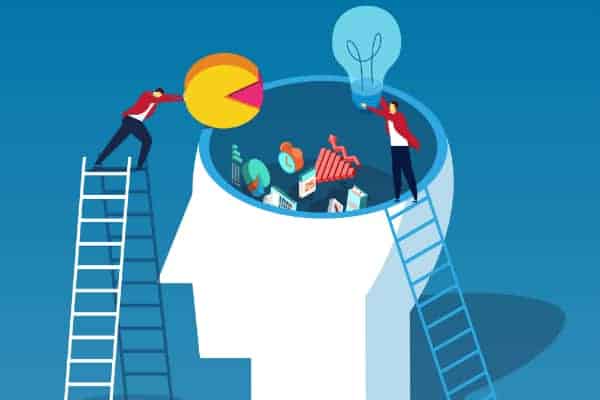 “If there were one word to describe the scenario chief procurement officers (CPOs) are facing in 2019, it would be complexity.”

So begins the latest in-depth procurement report from Deloitte – the Global Chief Procurement Officer Survey 2019. And the theme of complexity is one that runs throughout the entire report.

Deloitte’s CPO Surveys often throw up a lot of interesting findings, but this year’s seems to be particularly definitive on the major issues that are facing CPOs and senior procurement leaders in 2019 and beyond – namely increasing complexity and the subsequent risks that are created by the uncertainties brought by complexity, and the need for better data and governance in order to master digital complexity and empower digital transformation.

Below are some of the charts from the report that break down these issues in more detail.

In order to overcome the obstacles that these areas present, procurement functions need to “shift toward a proactive mode of addressing complexity directly.”

To do this, they must seek to eradicate so-called ‘bad’ complexity wherever possible (e.g. where risks can be predicted or mitigated), and embrace ‘good’ complexity, which refers to business processes that can be exploited positively in order to increase procurement’s influence on other stakeholders in other areas across the organisation (e.g. capital expenditure, enterprise risk management).

The report suggests that the need to proactively address these areas of complexity head-on stems from the fact that “procurement can’t credibly lead help lead the transformation of the business unless it can address complexity and transform itself.”

By preparing fully for the kind of ‘bad’ complexity that often originates outside of the organisation, and exploiting the opportunities to increase procurement’s influence presented by ‘good’ complexity, organisations can position themselves as complexity masters.

These organisations, unsurprisingly, are able to outperform other organisations in key areas, as seen in the chart below from Deloitte’s CPO Survey.

In terms of digital alignment, Deloitte’s findings show that actually, the majority of CPOs – 58% of all organisations, and 74% of complexity masters – are actively aligning their digital strategies to both their own goals, and those of the organisation as a whole.

Furthermore, around half of all organisations’ CPOs (and 55% for complexity masters) collaborate closely with their IT partners to drive their digital strategies forward.

This is hugely beneficial because, as the survey says, CPOs can play a major role in helping CIOs “to bring new capabilities to the organisation, while remaining within budget and managing third parties to reduce risk and noncompliance.”

However, there is bad as well as good news, as even though most CPOs are aligning their digital strategies with their wider organisations, they are still being held back by one major issue – data.

This is clearly outlined in the following chart, in which poor master data quality, standardisation and governance are identified as the biggest obstacles in the way of procurement functions overcoming digital complexity.

And, as if to drive the point home further, the quality and accessibility of data was also seen as a major roadblock standing in the path of the adoption and application of technology for procurement functions, far ahead of the other issues that were cited. This is shown in the following chart.

What these findings make clear is that, while there is understanding and willingness on the part of most CPOs that everything – namely overcoming complexity, adopting new systems and enabling effective digital transformation – all hinges on great data and governance, the real problem is sorting out that data in the first instance.

We have plenty of resources in the form of white papers, webinars and case studies exploring all aspects of master data management and data governance, which you can find here.

To read the Deloitte CPO Survey 2019 in full, click here.

The Dangerous Disconnect between Finance and Procurement

I hate to break it to you, but there is trouble in paradise. You know the feeling, the one you’ve had for a while, the sneaking suspicion that your love is unrequited. So grab a stiff drink, find a comfortable seat and prepare to come to terms with this sad news. Fear not though, once […]

What Are The Five Key Business Processes For Supplier Master Data Management?

“All men who have achieved great things have been great dreamers.” – Orlson Swett Marden I dream BIG. I can imagine an environment where organizations have great Supplier Information Management programs. Further, I imagine that, even though complex organizations have a large number of variations and permutations in business requirements, order can be achieved out […]