Supplier Data: do you know who your suppliers are? 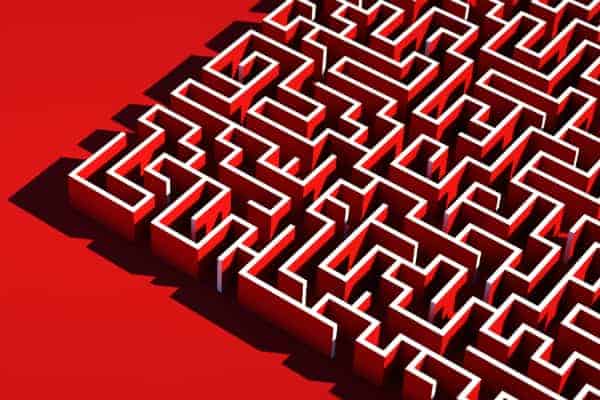 Who are my suppliers? This might seem like a simple question with an obvious answer. But it’s one that many businesses struggle with.

If you look into a database of suppliers then it’s not unreasonable to expect that you will find, for example, FedEx and Federal Express listed as two distinct records.

That’s before you take into account the fact that operations in different regions may have their own localised records, such as FedEx Germany and Federal Express Italy. Do they count as four different suppliers? Or should it be counted as one supplier with multiple operating units? You can see from this example how quickly confusion can arise.

At a time when organisations are asking so much of their suppliers, it’s quite astounding that they are willing to tolerate so much misunderstanding and so little clarity about who their suppliers are. But it’s clear that this problem exists. So how can it be fixed?

“Where there’s Excel spreadsheets, emails or phone calls, there is room for errors and discrepancy. Automating the invoice creation process by auto-populating from the purchase order removes the likelihood of discrepancies. This opens the door to auto-approval of invoices, as long as no exceptions exist.”

Taking this kind of approach also makes it possible to run programmes such as invoice discounting, which can be used to boost the health of the supply chain. Suppliers who work with different units of an organisation can be put through the risk-checking process just once, instead of having to face multiple time-consuming assessments.

This approach can also be used to help fight against internal fraud, by putting in place stricter controls over who can make changes to a supplier’s banking details, for instance. The relationships between organisations and their suppliers are becoming increasingly close, so it’s critical for businesses to understand their supply base.

The regulatory landscape cannot be ignored…

It’s arguable that the current situation emerged alongside the rise of such time-critical processes as ‘just-in-time’ manufacturing, but since then it has intensified to the point at which businesses are no longer just responsible for their own actions – they are being judged for the actions of their suppliers too. Not necessarily always in a court of law, but often in the court of public opinion, which can prove to be just as damaging.

A prime example of this is the UK’s Modern Slavery Act, which requires all organisations that have revenues greater than £36m to have a deep understanding and visibility over their supply chains, and to report what actions they are taking to prevent the use of slave labour or trafficked labour.

In the US meanwhile, companies need to comply with measures set out by the Office of Foreign Assets Control (OFAC). One example of a company running into problems with OFAC came in January 2019, when e.l.f Cosmetics had to reach a $1m settlement for allegedly violating North Korean sanctions. To quote this article from Arnold & Porter, “according to OFAC, ELF imported more than $4 million worth of fake eyelashes from suppliers in China, over five years, that contained materials from North Korea.”

What’s clear from looking at the above is that, in the words of Mr Nella, it is a mistake to “think of your supplier as a separate entity. That supplier is a direct extension of your business and brand.”

And neither can the financial incentives

The push to modernise and automate processes does not merely come down to the regulatory need however. There are also clear financial reasons for moving to supplier information management (SIM) systems. There’s always the chance that directors will ask for complex reports that they will then use to analyse spending and cut back where they see fit. As such, procurement departments must always be in a position to produce these reports at short notice.

This brings us back around to the point made earlier regarding the problems that can arise when single suppliers are listed under multiple different entries. If you have FedEx, Fed Express and Federal Express in the mix, there’s a risk that you’ll make a bad decision based on that information. A combination of good automation processes and human insight is therefore required.

Getting a firm understanding of supplier data is a key step towards establishing an efficient digital procurement function; one in which low-level tasks are automated through the use of artificial intelligence (AI) or robotic process automation, allowing staff members to focus on higher-level matters.

“Better insight drives better understanding of our markets, suppliers and risks, thus allowing us to make more intelligent decisions and thereby fulfilling the role of a true business advisor,” says Giles Breault of The Beyond Group.

It takes more than just algorithms

Of course, this change in mindset and process sounds easier to achieve on paper than it is in reality. Supply chain analytics is still evolving, according to Rich Pugh, co-founder and chief data scientist at Mango Solutions, a consultancy in Wiltshire.

“The marketing hype around analytic tooling would suggest that data science is mostly about throwing algorithms at data and seeing what happens. This is not true, and supply chain analytics is one area where this sort of approach can lead to difficulties,” he says.

“Also, we often find we can’t over-rely on what has happened before as supply chain dynamics can change over time. Applying algorithms to historical data may fail to enable an understanding of future behaviours.”

What we can take from this is that, while supplier information systems address some critical issues, they can’t do it all alone – others must be tackled through human intelligence.

However, this combined or ‘hybrid’ approach still represents a huge leap forward for many organisations that are used to working legacy systems.

This blog is based on article written by Oliver Pickup and Gren Manuel which first appeared in our special report, Supplier Data – The Path to Digital Nirvana.

Five Steps You Can Take to Achieve ‘Data Nirvana’

There are many benefits to be had from redefining the way you manage your supplier data. Below are five steps you can take to greatly improve your supplier master data management processes and reach the hallowed state of data nirvana. Definition The first step on your path towards data heaven is building out and defining […]

Many procurement teams today are under tremendous pressure to jump on the digital bandwagon and initiate projects that are glamorous and which contribute to the company’s digital strategy, but which may not connect to procurement’s own needs. This push to ‘do something digital’ has left procurement teams searching for a straightforward (but not necessarily easy) […]

An Interview on Investments in Procurement Technology with Iain Campbell McKenna

For this episode of Supplier Experience Live podcast by HICX, we welcomed Iain Campbell McKenna. Iain a Managing Director at Sourcing Solved, an executive search consultancy company, where he works with clients to help them successfully optimize outcomes of their investments in procurement, technology and through areas such as innovative change management strategies, including advanced […]