An Interview on Positive Disruption with Joanna Martinez 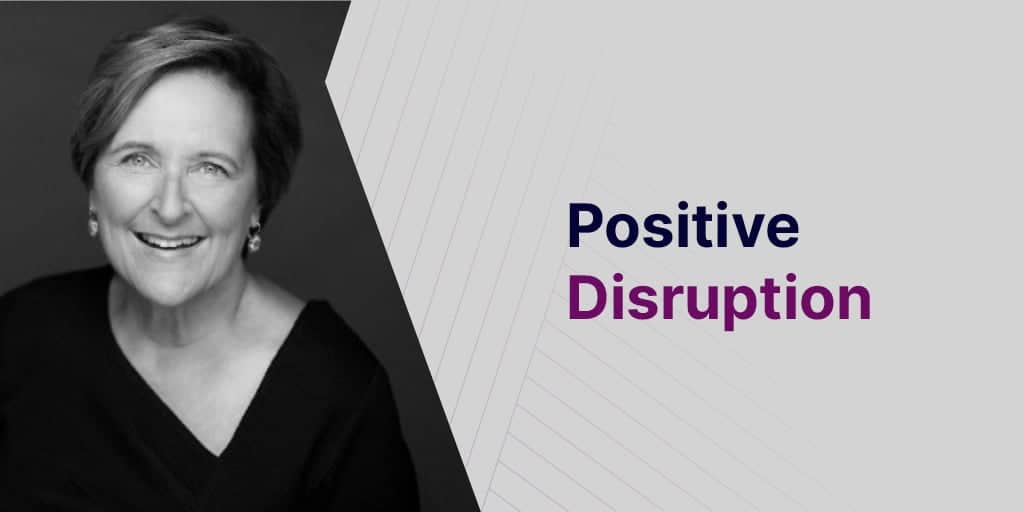 For the eighth episode of the Supplier Experience Live podcast from HICX, we welcome Joanna Martinez, who helps businesses transform their processes by educating and motivating their employees. A regular speaker on the event circuit, Joanna coaches, advises and consults on all areas relating to procurement and supply chain. She has also recently published her own book, A Guide to Positive Disruption, subtitled, ‘How to Thrive and Make an Impact in the Churn of Today’s Corporate World’.

How can disruption be positive?

The word disruption has for long been associated with negative connotations. However, Joanna seeks to change this perspective. Having had her career disrupted several times, she is an advocate for taking matters into your own hands when plans do not go as expected.

She has translated this philosophy into her work within the industry. The most common and major disruptors here are often major events such as mergers and acquisitions, or external factors that are outside of control. In order to be ready for those changes and capitalize on them, Joanna claims it is critical to become digitally savvy and be an expert in the field.

While there are a lot of ways of making improvements through digital efforts, she also highlights the importance of marketing, “It’s one thing to be bringing value to your company, but the other thing is that people have to realize the value that you’re bringing.”

‘Procurement’ as an agent of change

Although Procurement traditionally has not had the authority to be an agent of change, Joanna is certain that the COVID-19 pandemic has changed that in the last year. The industry has had its five minutes in the spotlight, and now is the time to capitalize on it, as she explains, “Everything is changing in terms of what’s there now versus what was there a couple of years ago. Seize it for your company and bring it forward.”

CPOs have always focused on savings and cutting down costs. However, according to Joanna, they should instead be focusing on providing value for all stakeholders, including suppliers, to become a customer of choice.

Aside from relationships with stakeholders being essential for success, another factor is using technology to make business and process improvements. People, mostly management, have to “step away from the idea that the only solution is one that’s going to take three years and 5,000,000 U.S. dollars to implement when, in fact, is something that can be done much faster, cheaper, and simpler.”

The role of innovation within Procurement

According to Joanna, the future of Procurement lies in its own hands, and it will either seize the moment or pass on the opportunity. She highlights the importance of innovation and the role it plays in overall success, recalling that, when she worked as a CPO, “…innovation was the name of the game… It was absolutely critical to be the first in the market with something new.”

Joanna is hopeful about the future, believing that most companies will capitalize on the trend, as long as they keep up with the changing demands of the consumers.

Supplier Experience Live from HICX is available on all major Podcast streaming platforms:

Innovation in Digitalisation and Technology: Insights from the Ecosystem

During a three-day conference ‘Innovation in Digitalisation and Technology’, Costas Xyloyiannis, CEO at HICX, joined Steve Hall of Procurement Leaders for a session on ‘Insights from the ecosystem’, broadcast live on Thursday 27th May. They discussed Supplier Experience Management (SXM): how it is moving up the agenda and how, in combination with technology, it can generate greater value for customers and suppliers alike, as well as improve competitiveness.  The rise and adoption of […]

In this webinar on ‘Elevating Supplier Experience’, Tania Seary, Founder of Procurious, is joined by Costas Xyloyiannis, CEO at HICX and Amy Fong, VP at Everest Group to discuss the benefits of improving the way in which organizations work and engage with their suppliers.  In today’s era when companies are relying more and more on their supplier community due to rapid […]

Solving the Procurement Data Dilemma: The future of technology in Procurement

In the final interview in our series on ‘Solving the Procurement Data Dilemma,’ Gren Manuel speaks to Nic Walden about, what is the future of procurement technology?. Nic leads the procurement executive advisory programme in the UK for consultancy The Hackett Group. In this role Nic works with senior executives from some of the world’s […]